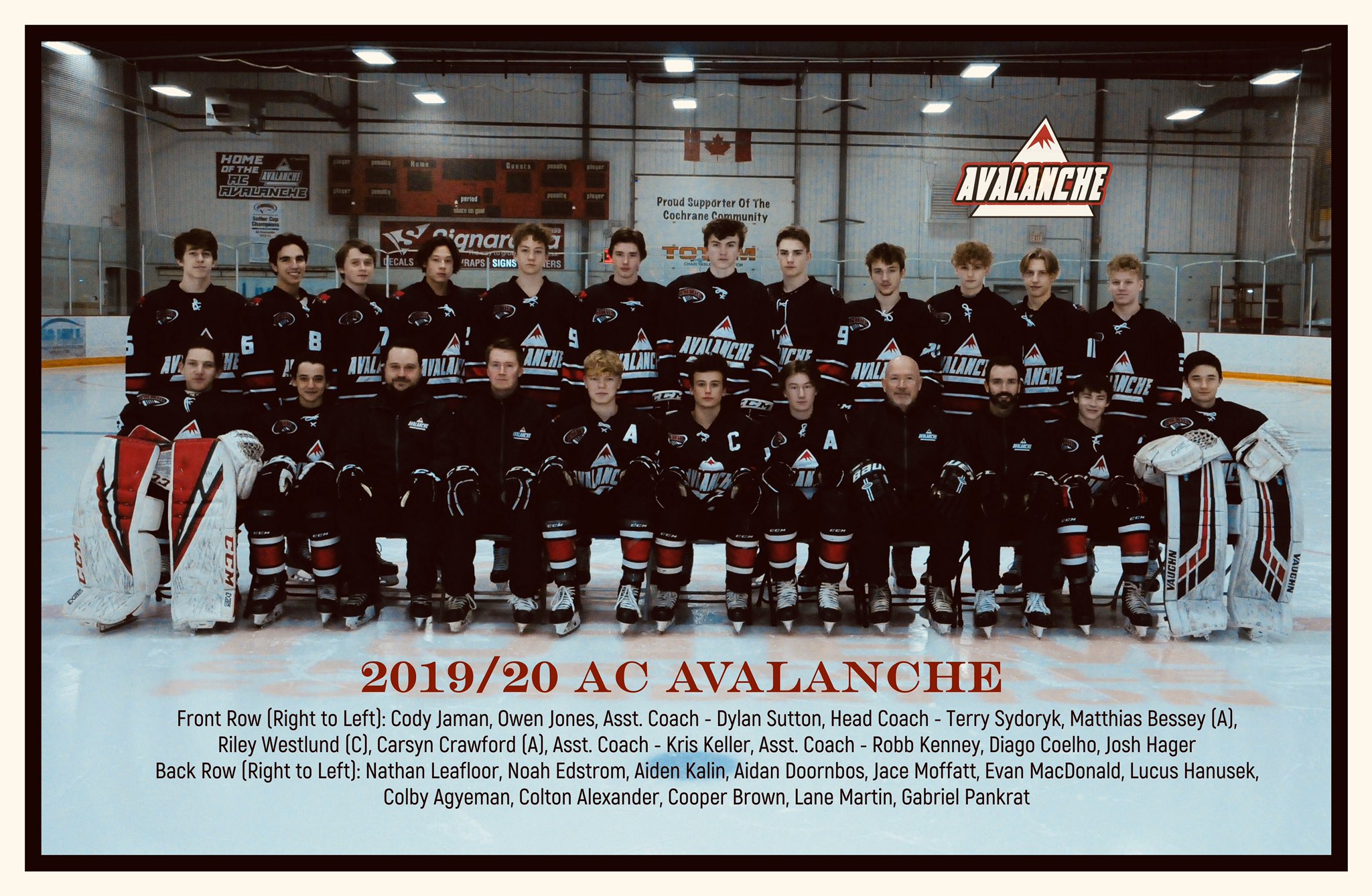 Jace Moffatt (above) won a pair of awards, one from the Avs and one from the league. Airdrie winners below included Cody Jaman,  Carsyn Crawford  and Nathan Leafloor.

The AC Avalanche were on their way to the Alberta Minor Midget Hockey League Provincial Tournament this year when the bottom dropped out for not only their season but for the world in general.

COVID-19 forced the cancellation of the tourney and pretty much every other sporting event and public gathering in the world.  Despite that, the team which is made up of players from Airdrie, Cochrane and surrounding areas had an outstanding season, finishing with a record of 26 - 7 and 4 good for third place in the South Division.  The Avs took the silver medal in the South Sutter Cup to qualify for provincials.

The Airdrie Cochrane Athletic Association banquet and end of year awards were also cancelled which meant the team could only make their awards presentation in a virtual manner, which they did.

Jace Moffatt, who hails from Cochrane, was a double award winner, one for the team and one for the league.  Moffatt was named the Avalanche Most Valuable Defenceman and then added the AMMHL top defenceman award.  In addition, Moffatt now holds an all-time record for the Avs by scoring 13 goals.

Goaltender Cody Jaman from Airdrie was selected the Most Valuable Player on the Avalanche roster.  Jaman compiled a stellar 2.26 goals-against-average this season, fourth-best in the league.  He had a .920 save-percentage while picking up two shutouts on the year.

Another Airdrie player, Carsyn Crawford, took home the Leadership Award.  Crawford had three goals and 13 assists during the 2019-2020 campaign.

The third Airdrie skater to pick up an award was Nathan Leafloor who was named the Avs Most Improved Player.  Leafloor had a pair of goals and 11 assists during the campaign.

The team presented three other awards with Riley Westlund from Beiseker chosen the Coaches Choice winner with his 11 goal and 14 assist performance.

Owen Jones rounds out the award winners.  Jones, from Canmore, was named the Top Forward of the year with an outstanding 19 goals and 23 assists for 42 points.

Manage your identity from the palm of your hand to the top of your desk.